Unabom was a opera that was composed by Lars Hansson, Tony Blomdahl and me. It was sung  by the mezzo soprano Monica Danielsson. I also should mention Ted Kachinsky whos Manifesto was the inspiration for the libretto.

Unbom was a a alternative opera-performance sung by one opera singer and composed by three different types of composers, about a terrorist in the seventies. The three of us composers played on a special made electronic instrument accompanying Monica.  It was performed in Stockholm and in Gothenburg in 2010 and 2011. 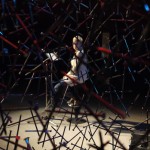 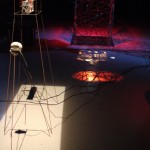 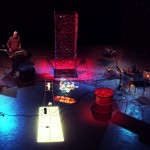 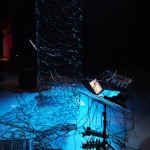 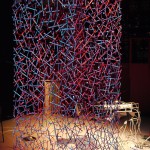 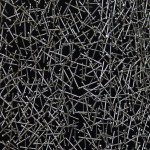 Here you can see how it looked like with my sculpture made of nails in the middle and my video-projections in the back. Home made bombs are often armed with nails.

Abow is a small example of the music, six minutes of total 55 minutes.